On a nicer summer afternoon I would ride down from “the mountain” and get off my bus around GO Transit’s former Toronto, Hamilton & Buffalo Hunter Street station. I consider the station itself to be one of the most attractive pieces of railway architecture anywhere and it’s preservation a real tribute to the attitude of “doing it right” in so many ways.

GO trains leaving Hamilton for Toronto exited the station and into a tunnel, under the City, and my walk home would take me over that tunnel’s entrance. Most days I could time a walk to match the departure of an evening train and this evening was no different. These three photos remind me of just such a time.

I remember thinking I should probably get around to “someday” spending more time photographing GO’s F59’s but they just seemed ever-present and as permanent part of the landscape that there was never a rush. Not many years after I took these photos I’d be proven wrong. Come to think of it, I’ve probably taken more photos of these GO diesels in Montreal commuter service than I did when they were on home turf. 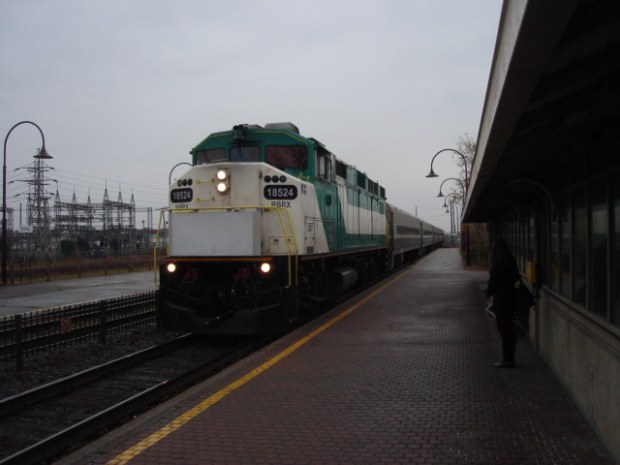 I created this space to blog about my rather chaotic (eclectic?) passion for model railways, all things GO Transit, trolleys and railroading here at home on Prince Edward Island. It sounds eclectic when I see it written out like that and it probably is. Thank you for taking some time to look around in here. Let me know what you think.

Please comment. I really enjoy and appreciate hearing from you. I moderate comments but all that means is I filter out the obvious spam and read and reply to everything else. I like how it works and hope that's okay.